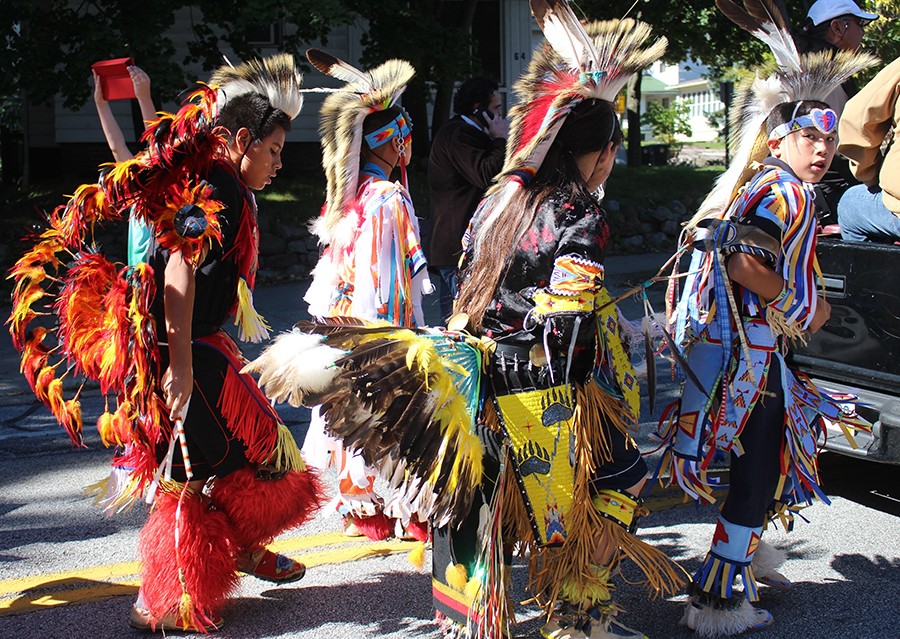 Akron will celebrate the inaugural North American First People’s Day on October 1 by walking a portion of The Portage Path, the oldest landmark in Summit County. The walk is a local and symbolic way to honor the history, culture, and contributions of Native Americans to Akron, Summit County, Ohio, and the United States. Everyone is invited to join in this historic event.

The walk will kick off at 1 p.m. at the Portage Path CLC, located near the intersection of South Portage Path and South Highland Avenue in Highland Square and will end at The Summit County Historical Society’s Perkins Stone Mansion, 550 Copley Road. The walk will be led by members of the Northern Cheyenne Nation of Montana, who will be drumming and dressed in regalia. Following the walk, there will be a short program at the Stone Mansion, which will include drumming and singing by members of the Northern Cheyenne Nation.

In January 2018, Akron City Council members voted unanimously to adopt a resolution declaring the first Monday in October “North American First People’s Day” in Akron, after seventh and eighth grade students from The Lippman School made presentations to the Council, along with their faculty and representatives of the Northern Cheyenne Nation in Montana and the Seneca Nation in New York State. “From what we understand, Akron is the first city in the United States to designate a unique day to recognize native people rather than renaming Columbus Day to Indigenous People’s Day,” said Sam Chestnut, Lippman Head of School. “This is an exciting time for our students, staff and the Northern Cheyenne Nation, and I am proud of what we’ve been able to accomplish together.”

The event is supported by the Akron Public Schools and the Portage Path Collaborative, an assembly of education and civic groups including The Lippman School, The Summit County Historical Society, Summit Metro Parks, The University of Akron, Akron Portage and Paddle, and Stewards for Historic Preservation.

For more information, to become a sponsor, or to formally include a group in this historic inaugural North American First People’s Day walk, please contact Matt Russ of The Lippman School at 330-224-2266 or mruss@thelippmanschool.org.