Chanukah comes at a point in time when the days here in Akron are cold and dark- a light now can be very powerful, both in a practical and metaphorical sense. The festival of lights, Chanukah, draws to a close. We have spent several weeks preparing for the holiday- learning about its historical origins and re-enacting them as a play; enjoying the many culinary traditions associated with Chanukah- from making latkes (pancakes) from potatoes, zucchini, carrots, and spaghetti squash, to sufganiyot (jelly-filled donuts);  to playing intense games of dreidel  with M & M’s and learning the meaning of the dreidel’s Hebrew letters; to counting and eating our Chanukah gelt (foil wrapped chocolate coins) and singing holiday songs.  We have had a wonderful time! We have lit the Chanukiah, a large eight-branched candelabra, in our classrooms and in the Shaw JCC main lobby, sharing the light of the holiday together.

Chanukah (which translates as “dedication”) commemorates the rededication of the Temple in Jerusalem after it was taken back from the Syrian Greeks in the 2nd century BCE. As Zekharia 4:6 reminds us, through the courage of the Maccabees, led by Judah Maccabee, and Divine intervention, a small band of guerilla fighters were able to overcome a superior force- “Not by might, not by power, but by My spirit said the Lord of Hosts…” The word Maccabee means “Hammer,” suggesting that Judah struck quickly and with force.  He conceived of ways for the Jewish forces to out-maneuver the larger, better equipped and seasoned Greek army. When at last the Jews captured Jerusalem, rededicated the Temple and witnessed the miracle of the oil, which should have lasted for only one night and burned for eight instead, it was with Judah Maccabee as their leader. 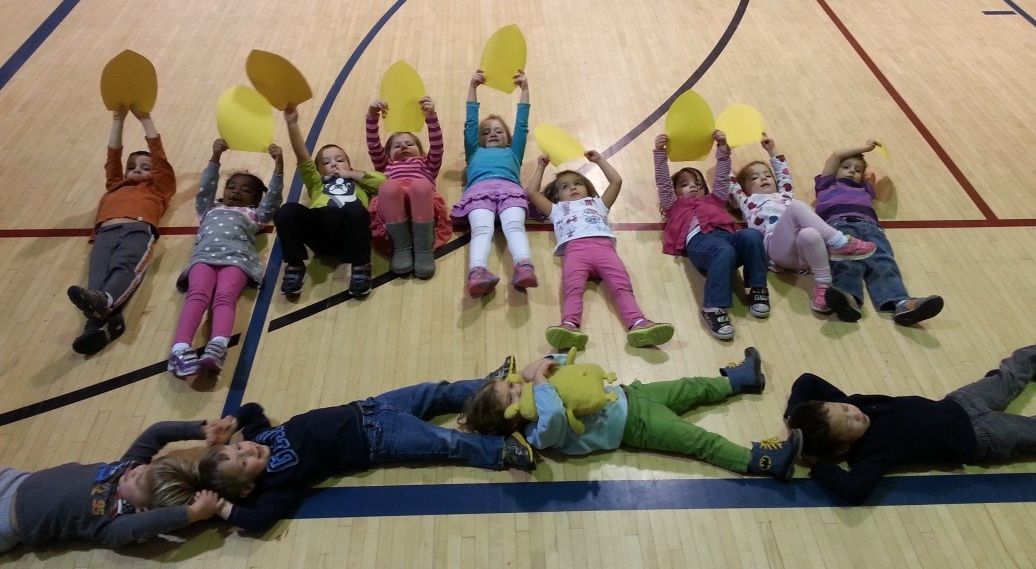 The image of the hammer is very powerful. In the story “Gooseberries,” by Anton Chekhov, he writes: “There ought to be behind the door of every happy, contented man someone standing with a hammer continually reminding him with a tap that there are unhappy people; that however happy he may be, life will show him the laws sooner or later, trouble will come for him- disease, poverty, losses, and no one will see or hear, just as now he neither sees nor hears others. But there is no man with a hammer…” 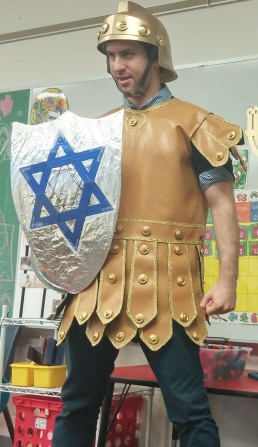 At the Shaw JCC, this image of the hammer resonated for us- of Judah Maccabee who championed the rights of the oppressed- and we recalled that there are many during the holiday season whose trouble has already come, who do not have the means to put food on the table.  As a continuation of our theme of one tzedakh project a month, the children (and parents) collected cans of food for the food bank which became part of a gigantic “Canorah” at Summit Mall. As we consider this season of light, perhaps the sound of Chekhov’s hammer can help remind us that the benefit of the candle is twofold. It brings light to he who lit the candle. It also helps someone nearby, without diminishing its light.

As Jews, we are commanded to “advertise” the miracle by placing our chanukiah where it can be seen (Pirsum ha-nes). An interesting, but little known text from Pesikta Rabbati (2: 1), a collection of rabbinic exposition from 847 CE, about 1,000 years after the first Chanukah, tells an interesting story. It says, “When they (the Maccabees) came into the Temple, they found eight iron spears which they threw into the ground and then kindled lights.” In other words, the Maccabees took the spears which had been used against them, stuck them in the ground, filled the tops with oil and made those weapons of war into the first chanukiah, thus making the rededication of the Temple a festival of lights. In addition to being the holiday season for many of us, this is also a time for new resolutions as the secular New Year approaches. Perhaps this coming year, the sound of the hammer may remind us that we can kindle light from the least likely of sources,  and still brighten the darkest of places.