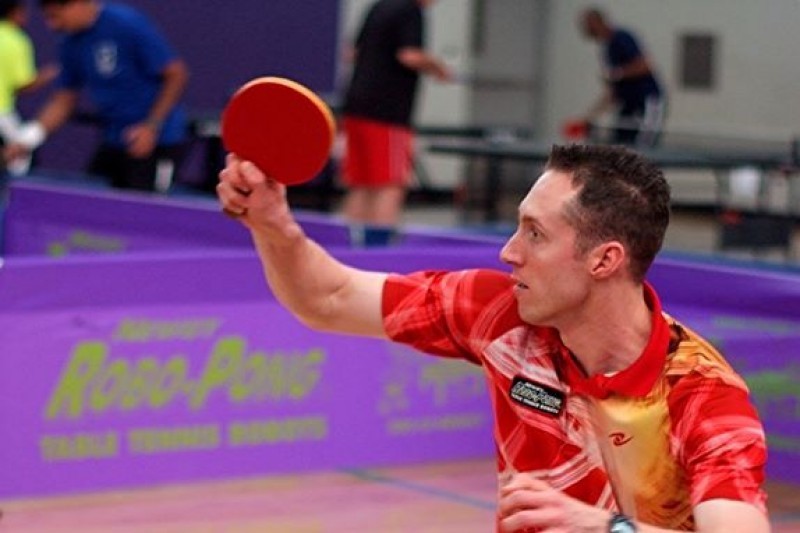 Arriving from Europe, Africa and throughout North America, table tennis professional athletes will be competing for $3000 cash and the title of champion at the Presper Financial Architects Open showcased at the Shaw JCC of Akron on Friday, Sept. 8, noon-10 p.m., and Saturday, Sept. 9, 9 am.-10 p.m.

Top players include #1 seed Jishan Liang who is the 2017 College National Champion, #2 seed Dan Liu who is a two-time U.S. Open Champion u2600, #3 seed Mahmoud Ahmed who is the African Junior Champion, #4 seed Chen Bo Wen who is the Maryland state champion, #5 seed Bruno Ventura currently Texas Weslyan's top player who was a finalist at the 2017 College National Championship,  #6 seed Yahao Zhang, a three-time U.S. National team member and former North American Junior Champion, #7 seed is the unknown opponent Robert Eriksson who is a Swedish Men's Singles bronze medalist and previously had wins over Jorgen Persson, Marcos Freitas and Cho En Rae. Other superstars to note include Sid and Nandan Naresh from little big shots (Sid being on the US mini-cadet team and Nandan being the #1 10-year-old in the US).

Spectator admission is free! If you are from the area, stop by and watch some of the high intensity Olympic action or join the 100-plus players who have already registered. You too can compete. The Open Singles event is the highest level of competition. We recommend that you watch players in action on Saturday afternoon as the quarterfinals will start at 1 p.m. Saturday, semifinals at 2 p.m. and finals at 3 p.m.

The tournament will be held at the Shaw JCC located at 750 White Pond Drive in Akron. Parking is free. For more information, e-mail Samson Dubina at tt@SamsonDubina.com or visit www.OhioPingPong.com.