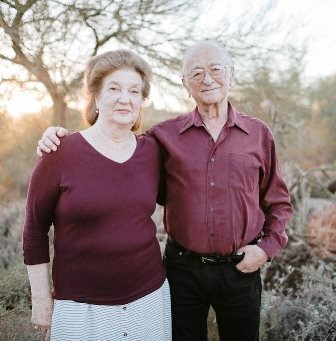 The Shaw JCC of Akron and Jewish Community Board of Akron invite the entire community to remember the Holocaust on Sunday, April 15, at 7 p.m., at the Schultz Campus for Jewish Life located at 750 White Pond Drive in Akron.

This year's Yom HaShoah Commemoration, Day to Remember the Holocaust, will feature testimony, words and poems by Jewish children during the Holocaust. Only ten to fifteen thousand Jewish children survived — 1.5 million did not. Akronite Ingrid Kennedy is one of the of the children who survived, thanks to kind people who took in and hid a Jewish child whom they had never met.

Kennedy will share her family’s story of survival which began in Vienna, Austria, where she was born in 1936. In 1940 Ingrid's father and one uncle were saved by a non-Jew who told them to get out of Vienna.  They arrived in Paris after an arduous journey.  Three months after she, her mother, aunt and cousin followed.

Ingrid was sheltered as a young student in a Catholic school in France. Nuns took chances to hide her and others in the school. Many members of her family died in concentration camps as well as many friends.

Her family moved to Montreal, Canada in 1955, where she met and married Joseph Kennedy, and later they moved to Akron in 1970.

The Yom HaShoah commemoration will include a memorial service and candle lighting ceremony. As is the custom in Israel, the commemoration will begin with the sounding of a siren. Uri Hershkovitz, Akron’s Shaliach/Israeli emissary, will lead the community by asking all in attendance to stand during the one-minute blast of the siren.

The commemoration is free and open to the public and is suitable for middle school children through adults. For more information please contact Rachel Armin Williams, Shaw JCC adult programming coordinator, at 330-835-0027.