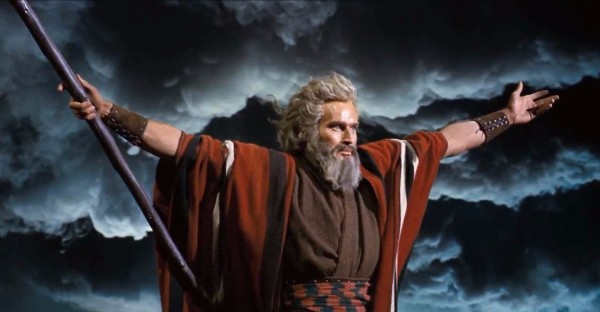 As we approach the holiday of Passover, many of us may be reminded of the archetypal images of the holiday we experienced growing up. The image of Charleton Heston, arms outspread, staff in hand as the sea begins to split, might be one of such images.

Of all the Biblical personages, Moses has been chosen most frequently as the subject of legends. Ismar Schorsch, Chancellor Emeritus of the Jewish Theological Seminary and professor of Jewish History, says, “As liberator, law-giver, and leader of a people which was transformed by him from an unorganized horde into a nation, he occupies a more important place in popular legend than the Patriarchs and all the other national heroes. His many-sided activity also offered more abundant scope for imaginative embellishment. A cycle of legends has been woven around nearly every trait of his character and every event of his life…” Judaism itself resists the concept of a monolithic interpretation of Moses’ life. While for some, Moses remains a focus of the holiday as a commanding figure, other commentators have found existential symbolism through a variety of different people on . As the joke goes, “Ask two Jews, get three opinions!”

Rabbi David Wolpe recounts that at his first Talmud class, he received an invaluable piece of advice. His teacher told him that if  he or the other students should ever find themselves drifting off or not paying attention, and were asked a question, they should answer, “there’s a machloket”- a disagreement. If you say that, his teacher commented with a twinkle in his eye, you will always be right. “Jews do disagree. In the Bible Abraham argues with G-d and the people argue with Moses. The Talmud is one formidable catalogue of argumentation.” Jewish tradition has always placed value upon engaging different opinions- the Talmud is full of such debates: different opinions are tried, compared and tested. It even states that “an argument for the sake of heaven will endure; but a debate not for the sake of heaven will not endure.” (Pirkei Avot, 5:17) 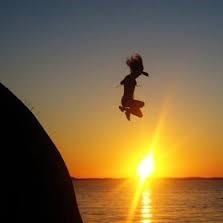 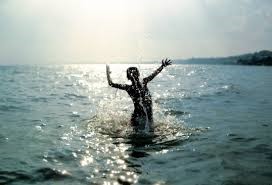 But there are other versions of the splitting of the sea and the march to liberation which offer a totally different perspective, yet are equally compelling. The story of Nachshon is our second “opinion” about the Exodus. According to the midrash (Rabbinical exegesis), when the Israelites were trapped at the edge of the sea, Moses prayed to G-d for help as the Egyptians closed in. Nachshon, a prince from the tribe of Judah, decided to take matters into his own hands and leaped into the sea; other versions suggest that he waded in and continued moving forward even though the water became deeper and deeper- up to his nose, imperiling his safety before the sea finally separated. From this perspective, the initiative begins with human agency before G-d will assist- and with faith, what seem to be obstacles are surmountable- G-d will partner with us. For Nachshon, life was about moving forward into the unknown and as a result, his experience of deliverance was qualitatively different from that of everyone else: “Nachshon” entered the water first” (Exodus 14:22); the others “entered first ondry land” (Exodus 14:29). His willingness to take the literal and metaphysical “leap of faith” has become synonymous with bravery and activism, or as Rabbi Richard Levy says, “Nachshon represents those willing to stand up against the raging waters of intimidation, to state what is right and just and reasonable.” 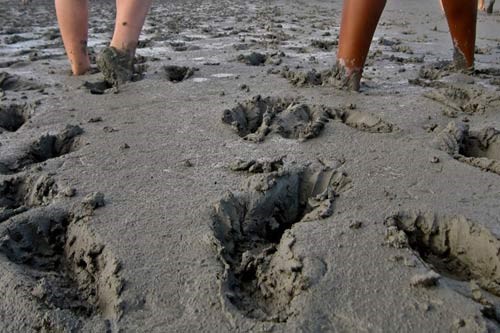 And finally, our third “opinion” comes from Rabbi Lawrence Kushner, who describes the experience of two of the Israelites of the Exodus, Reuven and Shimon:
“Jewish tradition says that the splitting of the Red Sea was the greatest miracle ever performed. It was so extraordinary that on that day even a common servant beheld more than all the miracles beheld by Isaiah, Jeremiah, and Ezekiel combined. And yet we have one midrash that mentions two Israelites, Reuven and Shimon, who had a different experience. Apparently the bottom of the sea, though safe to walk on, was not completely dry but a little muddy, like a beach at low tide. Reuven stepped into it and curled his lip. ‘What is this muck?’ Shimon scowled, ‘There’s mud all over the place!’ ‘This is just like the slime pits of Egypt!’ replied Reuven. ‘What’s the difference?’ complained Shimon, ‘Mud here, mud there; it’s all the same.’ And so it went on for the two of them, grumbling all the way across the bottom of the sea. And because they never once looked up, they never understood why on the distant shore, everyone else was singing songs of praise. For Reuven and Shimon the miracle never happened.” 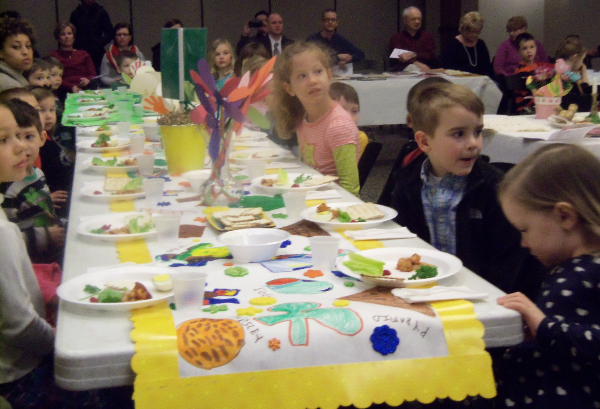 So as we begin to celebrate Passover this year, we are free to experience the holiday from whatever perspective we choose, but it is my hope that we are alert to the many beautiful, mysterious, and holy things that surround us every day. We are grateful for your help and attendance at our Passover Model Seder and hope you felt some of the joy that the liberation from Egypt created. In the Early Childhood Department, we are fortunate to be able to share, in a small way, the lives of those who attend our school and to see the world through their eyes. As author G. K. Chesterton wrote: “What was wonderful about childhood is that anything in it was a wonder. It was not merely a world full of miracles; it was a miraculous world.”